http://coph.fullerton.edu/collections/vietnam%20rangers.pdf:
Narrator: Reed Cundiff
Interviewer: Mary Flynn
Date: September 9, 2014, 12:00 P.M.
Location: Golden Nugget Hotel, Las Vegas
An oral history with Reed Cundiff, He was Born August 9, 1940 in Honolulu, HI. He was a
draftee and Vietnam Veteran of the 173rd Airborne Long Range Reconnaissance Patrol (LRRP.)
This interview was conducted for the U.S. Army Vietnam Rangers 1966-1967: Their Stories of
Survival Oral History Project by California State University, Fullerton. The purpose of this
interview is to gather information of the personal experience of LRRP's in Vietnam and as
Vietnam veteran. The Long Range Reconnaissance Patrol of 1966-1968 consisted of 8 teams of
5
6 men who performed covert four-day missions in the heart of enemy territory. Considered the
nucleus of the United States Army these men returned home unwelcome by the American public.
Specifically this interview deals with biographical information and early understanding of
national pride, pre-Vietnam, Vietnam combat, and post war experience. He attended University
of New Mexico and graduated in 1963 with majors in physics and mathematics. Immediately
following he received his Masters in Physics at New Mexico State. He spent the Summer of
1963 working for the Peace Corps Training Center, later offered a job at Peace Corps training
camps in Puerto Rico. After four months he received a draft notice and completed basic training
at Ft. Polk, Louisiana. Looking for adventure, he eventually volunteered for Vietnam and went
over with a Battalion, 4/503rd as a clerk. After learning about Long Range Patrol, he voluntarily
went before a board and was accepted, later becoming a team leader. He speaks extensively on
hearing about LRRPs; the panel of officers and interview questions—even the killing of
children-- LRRP training, first patrols, and then transitions into recounting specific missions with
his team. He speaks about performing recon at the Cambodia border, references my father on this
patrol, being ambushed for five days. His tour of combat ended on April 2, 1967. He ends
briefly about PTSD and how the draft should be reinstated. 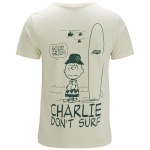 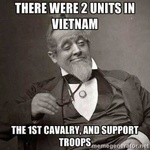 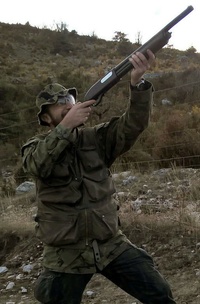 ❝One language sets you in a corridor for life. Two languages open every door along the way.❞
‒Frank Smith